There are moments in your life when something happens which will forever be engrained in your mind. You’ll remember what you were doing, your surroundings, and the exact moment that something major happened. I vividly remember 9/11 and hearing of Princess Diana pass away. Yesterday marked another one of those memories…. 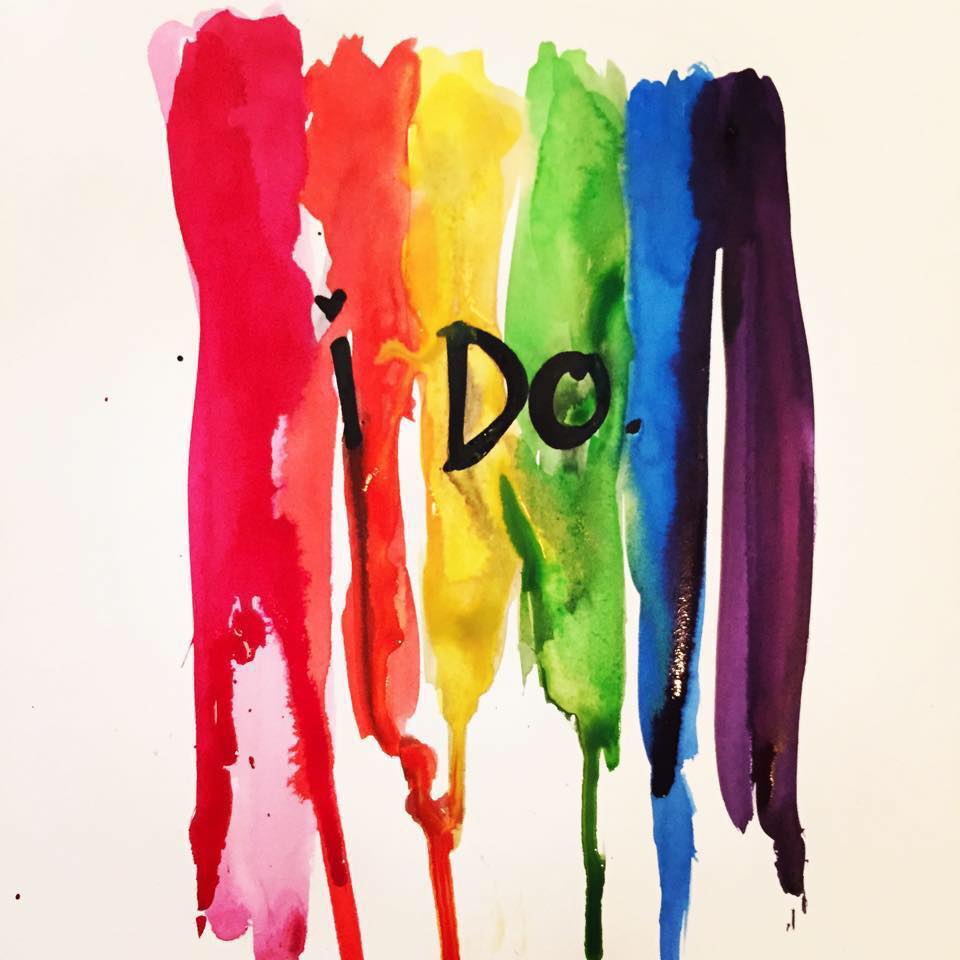 Our normal routine is that we come downstairs to start the day, turn on the TV to catch the news, drink coffee, enjoy a bottle for breakfast…but yesterday, June 26, 2015, I decided to feed Baby D in our bedroom. Once he was done, I turned on the Today Show and it happened to be the exact moment when the SCOTUS decision was announced. My husband and I stopped in our tracks. I instantly started crying. I looked down at my son and knew that this would forever change his life. He would live in a world where at least when it comes to marriage, everyone would now finally be treated equally. He wouldn’t grow up with friends or relatives or himself not being able to marry whomever they want. He wouldn’t know that struggle, that unfairness in his every day life. He’ll learn about it though. I’ve already sent him an email (yes, he has his own email and he’s only 16 weeks old!) to let him know what this day meant for him and the nation.

I want my son to grow up knowing that it doesn’t matter who you are, what race you are, what gender you are, who you love…everyone deserves the right to marry the person they love. We have a a fantastic cousin who recently married her wife in San Francisco. I can’t describe how over the moon happy we are for them, but it truly saddened me that they had to travel from Nevada to California to get married. Who doesn’t love a destination wedding, right?! BUT, no one should be forced to have a destination wedding outside of their state because their marriage isn’t recognized in their home state. That’s plain BS!

I already shudder at the thought of the things going on in our world and the fear that they will only get worse as Baby D gets older, but as our country evolves, I regain hope that he will live in a better world. My hope for my son is that he grows up loving and accepting everyone for who they are. I don’t want him to be judged for who he decides to love and nor should he judge anyone else for that matter. I feel that it’s my job as his mom to teach him these important lessons, but it definitely helps to have our nation stand behind me.

Please visit She Is Fierce! for my original post.

Whether you think you're too young or too old to s

The forgotten art of THE FOLLOW UP!⁠ ⁠ In sale